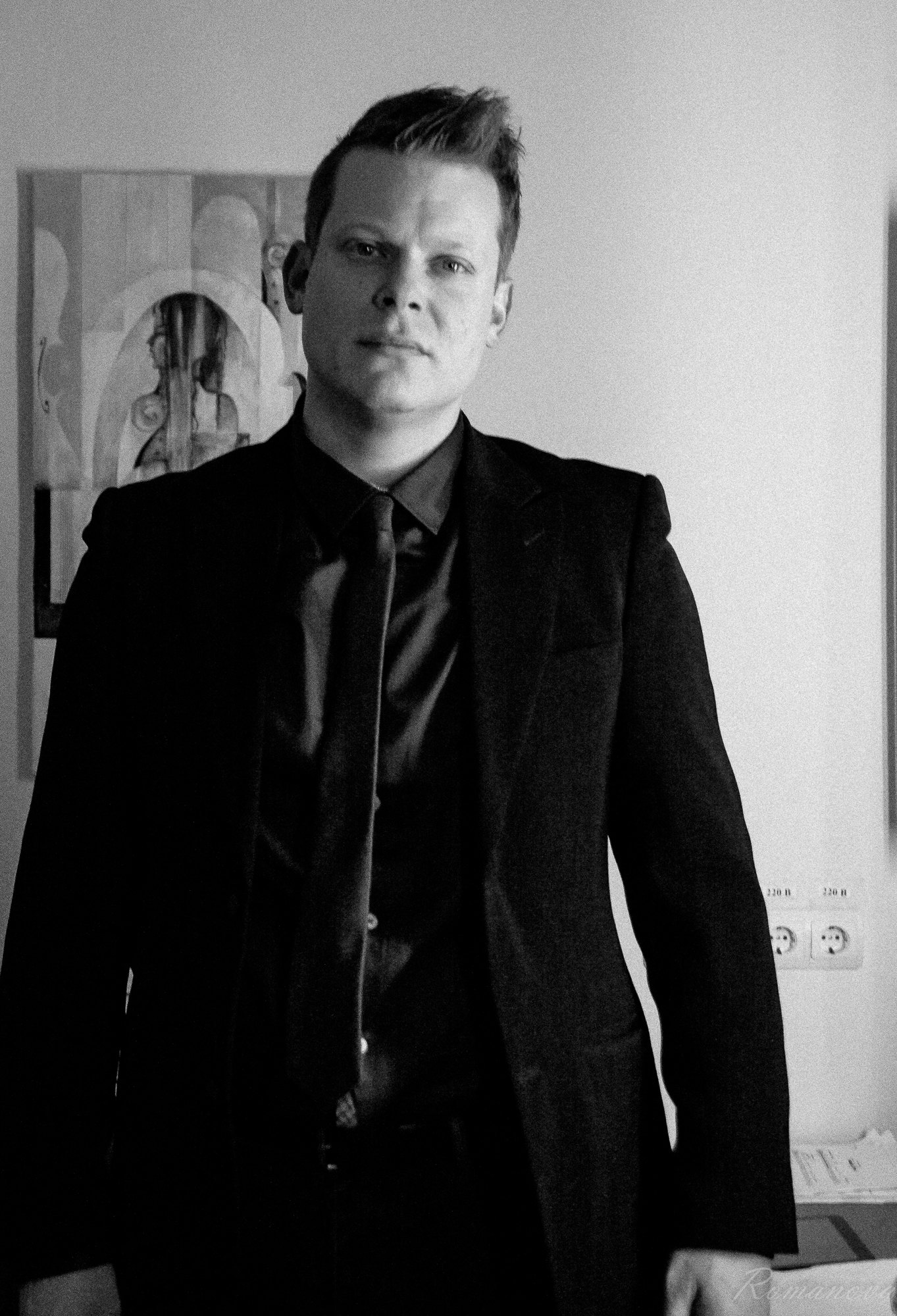 Harrison Young is a singer, multi-instrumentalist, and audio producer from just outside of New York City, currently living in The Hague, Netherlands.  In addition to playing and recording with his own bands, namely The Cards, Little Neon, Earth Minor, EBE, and The Harrison Young Quartet, he is also well known for his work with artists like metal queen Doro Pesch, former Accept singer Udo Dirkschneider, and hip hop legend Talib Kweli, whose single, ‘Cold Rain’ features Harrison on piano.

In 2009, Harrison began touring the world with Doro as her keyboardist, appearing at festivals like Wacken, Graspop, and Sweden Rock, in addition to countless headlining shows everywhere from Los Angeles to Moscow.  In May of 2013, he sang the official anthem of the inaugural Full Metal Cruise alongside Doro in front of an estimated 200,000 people at Hamburg Germany’s 824th Harbor Celebration.  In 2015, Harrison joined the metal band, U.D.O. as their keyboardist. Harrison continues to collaborate both in the studio and on stage with Doro and Udo to this day.

In addition to his work in the rock realm, Harrison is also a jazz singer, trombonist, and big band arranger. He made his jazz debut in 2010 at the Detroit International Jazz Festival as the featured vocalist of the William Paterson University Jazz Septet alongside the late, great pianist, Professor Mulgrew Miller. Harrison released his first jazz album in 2012, entitled “Live In Shea 101” followed by a tour of the United States with his experimental jazz group, The Harrison Young Quartet.

In 2016, Harrison begin touring internationally as a solo artist with small ensembles and big bands all over Europe and Russia, playing clubs, theaters, and philharmonic halls everywhere from the Sea of Japan to the Port of Rotterdam. He has also performed headlining sets at festivals like Everjazz International Jazz Festival (Russia), Chernihiv Jazz Open (Ukraine), Jazz Waves at Lake Baikal Festival (Siberia), Jazz in The Upper Town Festival (Belarus), North Sea Round Town (The Netherlands), Culemborg Blues (Netherlands), Tegelen Bluesrock Festival (Netherlands), Ispani Jazz Festival (Italy) and many more. In 2018, Harrison was given the honor of performing for an audience of global leaders including Her Majesty, Queen Maxima of The Netherlands at the opening ceremony of the One Young World global peace conference in The Hague.

In 2019, Harrison co-founded the bluesrock power trio The Cards on lead vocals and bass guitar alongside legendary Saxon guitarist Paul Quinn and Dutch drummer Koen Herfst, making their debut at Arkhangelsk Blues Festival in Russia. Together, they have released a full album, several live tracks, a single, and have toured Europe extensively.

Harrison has released 10 albums of original music with his bands: EBE, Earth Minor, Little Neon, and The Cards, as well as his solo efforts. You can stream and download them all at linktr.ee/harrisonyoung.